HOME / / FOODBORNE SIX
Whoops! There is a minumum quantity of 3 or more on wholesale orders.
This item ( 1 ) has been added to your cart
CONTINUE SHOPPING VIEW SHOPPING CART 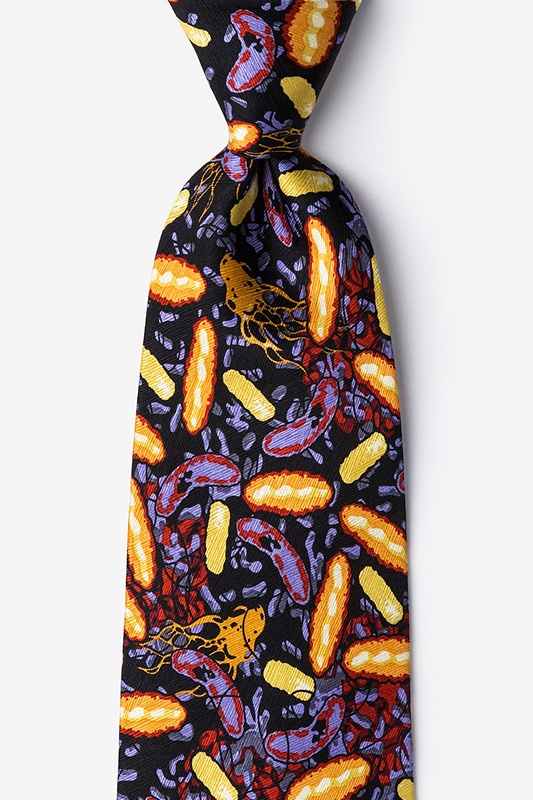 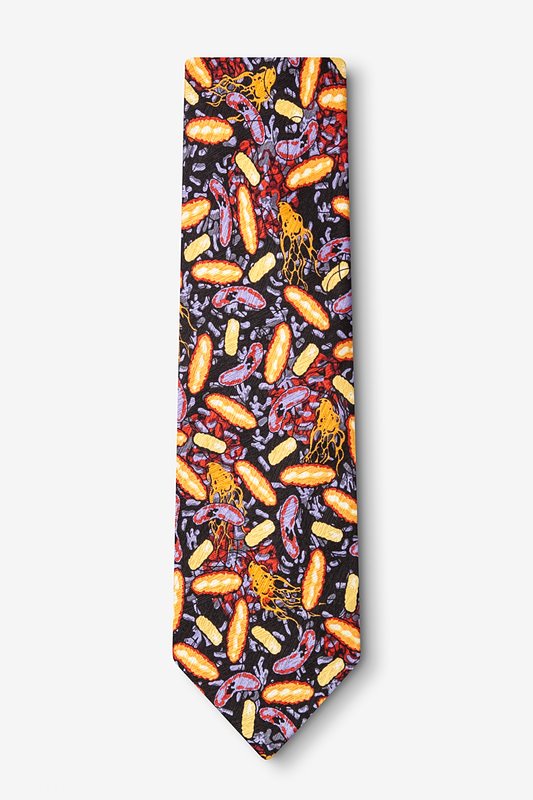 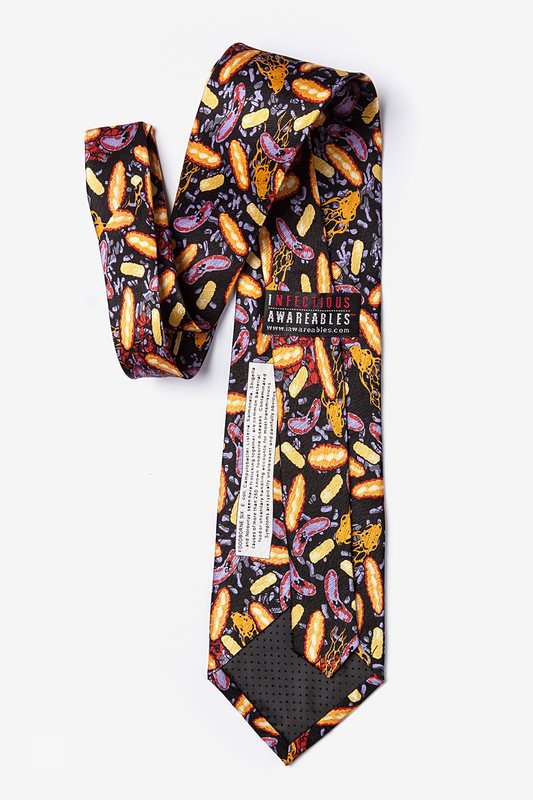 The mission of every Infectious Awareables tie is to generate interest, discussion, even excitement about serious public health issues such as this silk Foodborne Si... read more The mission of every Infectious Awareables tie is to generate interest, discussion, even excitement about serious public health issues such as this silk Foodborne Six tie in black. Believing that humor can be a powerful educational tool, Infectious Awareables neckties take an atypical, slightly irreverent approach to some very serious subjects. Shop and take pride in knowing that a portion of the proceeds will be donated to disease research/education. "Start the Conversation!" Welcome to the IA pathogenic picnic! Chances are, you've made the acquaintance of one or more of these intestinal interlopers, especially if you like your burgers rare, your sushi aged and your venues, suspect. For the first time, on any stage, we've invited Six of the most common suspects to show their stuff, creating a veritable rogue's gallery on silk. We figure it's better they be on your tie, than on your fork! Here are a few sobering amuse bouches: Campylobacter: considered the most common bacterial cause of foodborne illness. Primarily from poultry, estimated to cause over 2 million infections annually in the U.S. Norwalk virus: arguably the most common viral cause of foodborne illness, gets most headlines when lurking in hotels and cruise ships. Salmonella: needs no introduction, estimated to cause 600 deaths annually, acquired mainly from beef, poultry, pork and eggs. E. coli: a common, usually harmless intestinal bacteria, until it morphs into 0157:H7 producing a powerful and potentially lethal toxin. Most infections come from contaminated meat, especially beef, in the form of undercooked ground beef. The bacteria are often spread among the great 'unwashed,' i.e. from poor handwashing or hygiene habits. Listeria: not as well-known as Sal and E., but usually more deadly, with infections leading to blood poisoning or meningitis. Mainly a problem with ready-to-eat foods Shigella: one of the most frequent causes of GI disease in people, nearly 500,000 cases annually in the U.S. Typically originates from food or water contaminated with human or animal waste. Passes easily between people - nursing homes and day-care centers are places where frequent outbreaks occur. A back-of-tie "Awareness Note" and a source citation are incorporated in the pattern design, which reads: "FOODBORNE SIX. E. coli, Campylobacter, Listeria, Salmonella, Shigella and Norovirus, seen here frolicking together, are common bacterial causes of more than 250 known foodborne diseases. Contaminated food or unsanitary handling account for most transmissions. Symptoms are typically unpleasant and painfully obvious." "Original images courtesy of Centers for Disease Control and Prevention and other credentialed sources." Note: IA contributes a portion of proceeds to research, education or support associated with important non-profit public health agencies and organizations.

Related & Recommended
Customer Reviews
+ Add a Review
Anaxagoras
NH
Infectious Awareables Ties
Infectious Awareables ties not only raise awareness but also provide interesting patterns and spark conversation. This is one of the very best. Let's hope Ties.com brings back some of the other previous designs as well.
What's Your Fit? 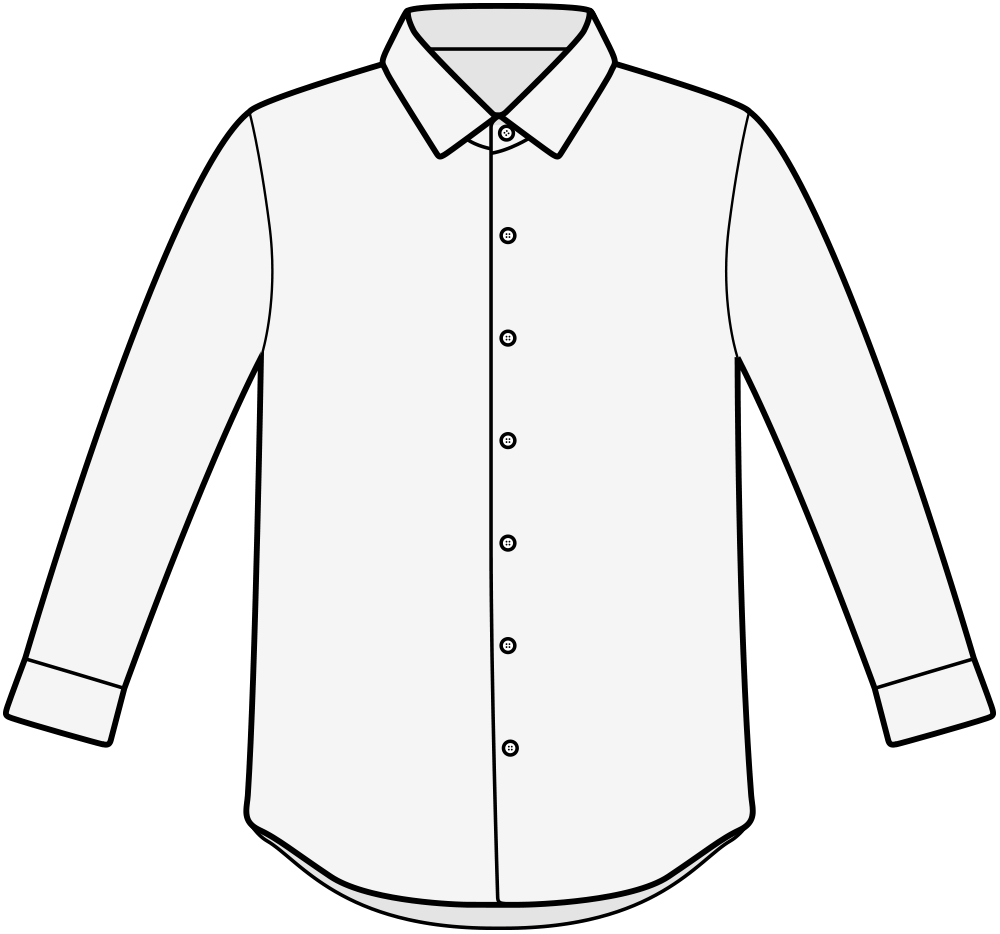 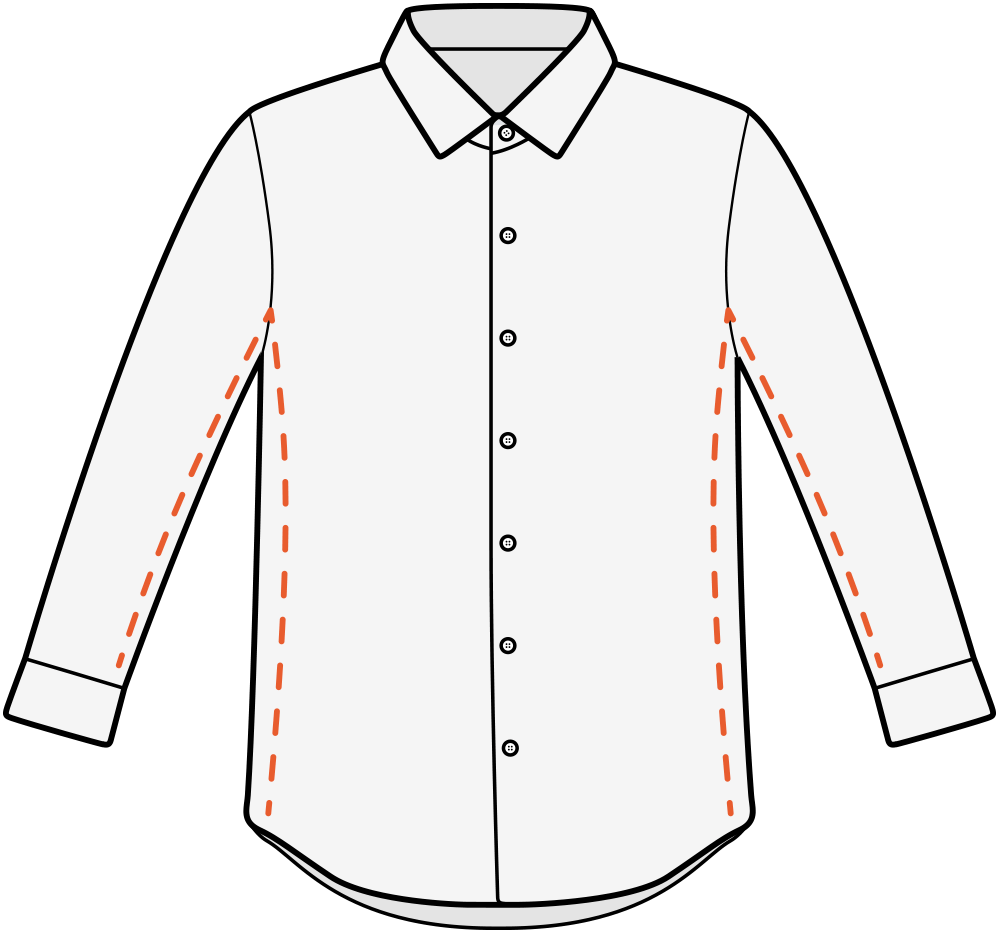 Slim Fit
Slimmer cut in the chest, arms, and waist. Form-fitting but still comfortable.
Shirt Sizing Chart
*All units shown are in inches. Measurements are approximate.